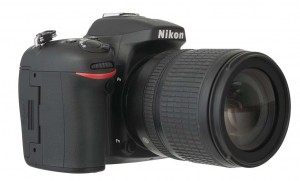 People prematurely predicted the arrival of the D7200 for about 18 months, starting about a year after the D7100 was introduced. It was supposed to appear in September 2013, February 2014, and then “for sure” at Photokina in September 2014. They’ve been telling people to wait for the D7200 for so long, that it actually came to pass on March 2, 2015. I love the camera, and have finished a book about it. Now it’s up to the publisher to get that thing on the shelves. I’ve also written a book about the new Nikon D5500, which, like the D7200 is basically an updating of the previous model with some tasty new features. I’ll be posting about those soon.

But many are asking whether the D7200 is really the replacement for the ancient Nikon D300s. Indeed, a high-end DX camera to replace the D300s, currently dubbed the D9300 has been predicted by those who thrive on the rumor mills for some time. So, are there any more new Nikon DX cameras in the offing?

The first thing to keep in mind is that those who know aren’t saying anything, and those who most avidly repeat the rumors don’t know anything. Nobody who depends on the information they receive through non-disclosure agreements would risk their livelihoods by leaking information. There are only two kinds of true rumors. The first type includes those deliberately leaked by the vendor roughly two weeks before actual product introduction in order to stir up excitement. Those rumors will almost never appear far in advance. (Google “Osborne Effect” is you wonder why.) The second type of true rumor usually comes from idiot workers at vendor design or assembly facilities, generally closet fanboys who choose to put their jobs in danger in order to feel more important. The problem with these is they are difficult to discern from the rumors that are fabricated out of whole cloth and have no basis in truth. True rumors will never surface from those testing prototype equipment, from vendor reps (who are usually briefed a couple weeks ahead of time, and in the dark until then) or, *least of all* from local camera stores, who generally are the last to know.

However, you can make educated guesses, the same as anyone else, based on information at hand. No surprises: in looking at the holes in Nikon’s lineup, a more upscale D9300 for around $1400-$1700 is needed just as urgently as the D7200 that we have. Make no mistake: DX cameras are very popular among advanced and pro shooters who need a rugged, feature-rich body, and there is room for improvement beyond what we have with the D7200. Nikon currently offers a “low end” FX camera, the D610, and a more advanced FX model, the D750. If the D7200 is the equivalent of the D610 in the DX arena, where is the DX version of the D750?

Indeed, there is currently no advanced DX camera beyond the D7200, and Nikon must fill that need, unless they are trying to push enthusiasts into the full frame realm (and thus force them to buy FX lenses.) That’s actually a viable scenario: Assume that potential buyers of a flagship DX camera would find switching to FX and buying new lenses acceptable. After all, such enthusiasts may already have been stocking up on FX lenses in anticipation of such a move, or simply because there is no DX equivalent of lenses like the Nikon 70-200mm f/2.8 zoom. The Nikon 70-200 f/4 model is more reasonably priced, but it’s still an FX lens. FX bodies have long been seen as the “ultimate” advanced amateur/pro equipment. Given those circumstances, the existing D7200 and future replacements may be sufficient flagship models for the DX line.

On the other hand, those who shoot sports or wildlife photography, rather than landscapes or architecture, may value the reduced field-of-view of the DX format. They very well could be looking for a higher-end DX model with enhanced features, even if it overlaps in price with the low-end FX bodies. So, using this reasoning, if a D300s replacement is actually introduced soon, I’d expect it to be a more feature rich model with a 24MP sensor. Cramming more megapixels into an APS-C-sized sensor is probably too tough, especially in terms of the higher ISO performance that pro/semi-pro users will demand. The D7200 already has Nikon’s 24MP DX sensor with no OLP filter and decent continuous speed. To justify a more advanced model, they’d need something on the order of a new sensor with even better low light performance, and enhanced EXPEED processor (perhaps two of them) for faster handling of the images, and possibly a swiveling screen like the one found in the D750. Nikon would have to include Wi-Fi, a faster frame rate, maybe 4K video, and some other goodies to justify a $400-$500 price differential with the D7200.

Regardless of which of the logical scenarios come to pass, at least a little more waiting will be required. Nikon’s latest financials (with sales down another 15 percent) probably have made the company a little cautious about overextending itself. Unlike Canon and Sony, Nikon doesn’t have profits from copiers, printers, televisions, and blockbuster movies to fall back on. Buying a D7200 now might be a good idea if you have no need for the expected upgraded features. If price is a consideration, waiting and buying a D7100 at a lower price now that it has been replaced would be wise. And if a D300s replacement is right up your alley, you’ll want to hang in there until it appears.